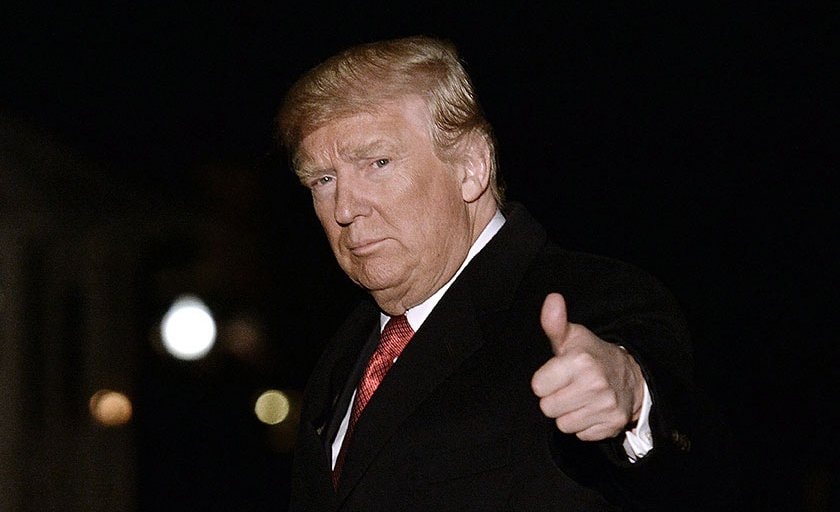 President Donald Trump’s Viagra budget is about what you would expect from an aging modelizer: It stiffens the outside while the inside is collapsing into a desiccated pile.

After a wasted youth as a fairly good-looking and uber-wealthy (Daddy’s money) Manhattan playboy, he devoted his middle years to pimping out teen girls and young beauties in pageants by which to amuse— ahem , pussygrab—himself and maybe keep other aged-out Lotharios in his set juiced up too.

Now, Mr Trump, verging on obese, according to his own doctor, and on the dark side of 70, is in charge of an entire nation, onto which he has projected his personal decline.

And he’s just about to dose it with a giant Big Blue Budget Pill.

"The core of my first budget blueprint is the rebuilding of our nation's military without adding to our federal deficit," Trump said in a letter attached to the budget. Mick Mulvaney, Trump's director of the Office of Management and Budget, described the proposal as a "hard power budget.”

Trump’s "hard power" pill is a $54 billion increase for the missiles and the jet fighters, the tanks, and all the man-stiffening gear. That’s happy news for Lockheed and Boeing.

But do the warfighters and their corporate suppliers really need a big blue pill? Are they not Man Enough already to take on any comers?

The U.S. government spends 54 percent of its discretionary budget on the military and homeland security—and U.S. military spending is already 34 percent of the entire world’s total military spending. We spend more on our military than the next seven nations combined, according to the Stockholm International Peace Research Institute. (Of course, they’re Swedes and, that plus the word “Peace” in their title, disqualifies their numbers from the alt-facts matrix.)

Americans are the most defended people in the history of the planet. That low-tech terrorists managed to squeeze in through a crack on 9/11 still obsesses large swathes of the nation (most of whom don’t live in New York City), but the truth is that America is already a terrifying war-fighting giant to almost everyone else on Earth.

Trump’s $54 billion Big Blue Budget Pill for the military is cobbled together with billions of dollars taken from various federal programs that keep America clinging to its place in the civilized world, including the arts and sciences (libtard propaganda), environmental protection (tree-huggers), children (why do kids who are going to work at McDonald’s or on war-machine assembly lines need an education anyway?) and the State Department (diplomacy by definition is “soft power” and, well, anything “soft” is to be shunned).

The White House will appeal to the political instincts of Trumpenvolk to sell this. The Corporation for Public Broadcasting—zeroed out in the budget—could run for 120 years on the extra $54 billion being dumped on the already bloated military. But, Trump’s man Mulvaney asked rhetorically, why should a coal miner be forced to pay for public broadcasting? NPR covers climate change, and coal miners rely on climate change denials to keep their dwindling jobs, so Trumpsters presume public broadcasters are not the coal miners’ friend—even if they do pump out Appalachian fiddle music all day long on weekends. America’s dwindling number of coal miners don’t pay for public broadcasting anyway, unless they voluntarily sign up to donate during one of the West Virginia affiliate’s annual fundraising weeks.

What Trump’s budget ensures is that the nation continues down the road that got him elected in the first place—poorly informed and sickly people, ill-served by unfunded public education, lacking decent health care, poisoned by pollution, eating food and using machinery whose safety is not ensured by public agencies, and slipping behind other countries in science and innovation.

In the end, the Big Blue Budget Pill is intended to do one thing: make men like Trump and his Cialis Centurions—Sean Hannity and Rush Limbaugh and Alex Jones and their insecure fanboys—feel bigger and therefore better.

Strong. Wealthy. Proud. Safe. These are the obsessions of a man nearing the end of his productive years, losing faith in his core, clinging to pride, counting his money, and afraid of so many things, from the wind of time howling outside his window to the kids in the streets—and, of course, the women: Yes, all those hot, hot women, who now don’t give him the time of day unless it’s from behind a placard and under a pussy hat. 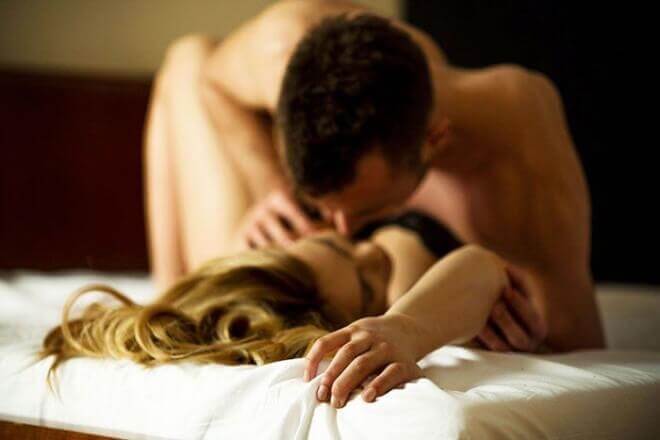 Is VigorouX Right For You?

The short answer is Yes. VigorouX is an all natural solution for any man with ED. This product is unlike anything else on the market; it has TRTT technology that has been researched and tested on thousands of men experiencing erectile dysfunction with amazing and powerful results.

One thing people on both sides can agree on is that this new supplement drastically works. According to a new study from researchers, men who took VigorouX for 2 weeks experienced increased libido, stamina, endurance, and energy with their partners reporting increased satisfaction in their sex life. On average men taking VigorouX were able to perform twice as long as men in the control group.

In fact, not only were they able to perform better and longer but the men taking VigorouX also reported increased satisfaction and overall confidence.

Wife's Report - My marriage's sex life had been struggling for a little over a year due to my husband's inability to perform so we decided to give VigorouX a try. His free bottle was delivered in just a few short days and we were only charged for shipping. VigorouX is one of the most concentrated and pure forms of TRTT on the market and I was eager to begin the test. Below you can read about the amazing results!

During the first week on the new routine, I was surprised by how fast and dramatic the effects were. My husband's energy level was up and he was able to perform better and longer almost immediately. It felt fantastic and best of all, he kept getting better and better...

After two weeks of using VigorouX my husband had more energy and stamina than ever. We managed to have sex for over two hours three nights in a row! In just 14 days we were feeling quite confident that this product was the real deal.

After three weeks, all our doubts and skepticism had vanished! We were having great sex regularly and consistently. I can't remember a better time in our sex life!

After the fourth week, our sex life had never been more healthy. We have sex almost everyday compared to a few times a year! Not only has my husband's performance improved with increased libido, stamina, and endurance but VigorouX has also increased my husbands size! That was quite the pleasant surprise!

Conclusion: VigorouX has helped me open my eyes and see that there is an ED product that actually works. My husband is more confident and our relationship has never been stronger!

Will This Work For You?

Using VigorouX for ED, my husband and I have never been happier and the test process was something of a "journey to self-discovery" for me! Here at the office, everyone could see the improvement in my attitude and happiness.

There are countless gimmicks out there these days, and most of them are high in cost and low in giving you real results. So when we heard about this product, we were skeptical - could VigorouX really be that much better than everything else on the market? Seeing our results first-hand in our research case study turned us from skeptics into believers. We can't deny it: This stuff really works and FOX is happy to officially recommend it!

IMPORTANT! You won't find this offer for free bottles anywhere else on the internet! Get yours now!

FREE SAMPLES VigorouX (available for a limited time while supplies last) can be claimed via the links below - courtesy of FOX and exclusively for FOX readers! 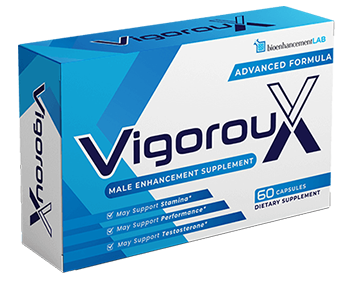 GET A FREE SAMPLE

I got the free sample for my husband, use my discount link here: VigorouX!

I have been using these pills for about a year already and couldn't be any happier. Sex lasts much longer, hard on is rock solid and all babes just can't get their hands off me!

Yesterday I got my package and I already managed to test it! Sex lasted for 1 hour and my dick is always ready for more - that's much more than I expected and it feels great!

My boyfriend lives in Europe and he told me that these pills are REALLY popular there... I don't know I still haven't tried them yet...!

I have been using this stuff for two weeks and I can definitely say that could never expect such a strong effect. This is simply AMAZING!!

I bought these pills about a week ago and now I am really addicted to them haha! They didn't have free sample promo yet, but anyway I don't regret buying them for sure

My wife is so happy now! She asks what happened to me and why I can last in bed for so much longer and why my cock is always hard as rock! Another happy customer here. I ordered the free sample and got them really fast and without any hassle.

I waited to order my trials for my husband to see if it really worked and then they stopped giving out the trials! what a dumb move that turned out to be. glad to see the trials are back again, I wont make the same mistake. 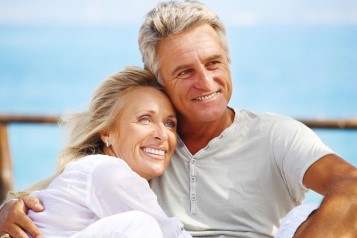 Get your FREE trial of VigorouX while supplies last!

GET A FREE SAMPLE

Bill from Ohio, US ordered: VigorouX Bottle - 14 seconds ago